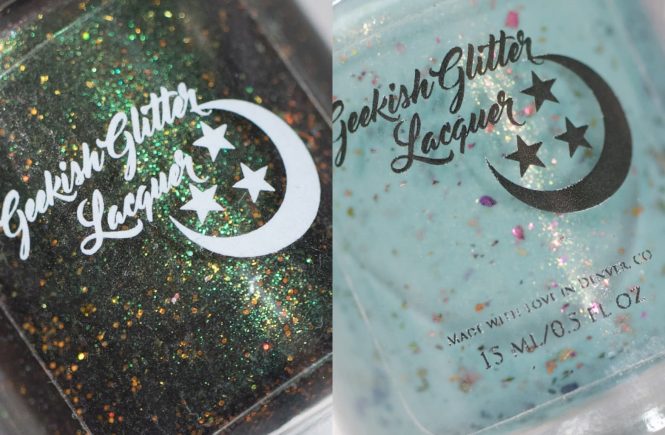 The month of July means Polish Pickup re-releases! But this year is even more special! Makers were given different options, but the main gist was that they could sell one item on the Polish Pickup site, and one item in their own shop! These items could even be previously released Polish Pickup exclusives! Yay for second chances!
Lexi with Geekish Glitter Lacquer will re-releasing two polishes, so let us get to the information you care about!

This polish is described as a turquoise crelly with gold microflakies and pink-violet-gold UCC flakies.
This beauty happened to be the very first polish I officially swatched, but I had to give it the “I-got-a-new-camera” treatment.

Journey To The Underworld

This polish is described as a black base with green shimmer, copper microglitter, and gold-silver UCC flakies, AND it glows in the dark!
This was also Geekish Glitter Lacquer’s inaugural Polish Pickup shade. 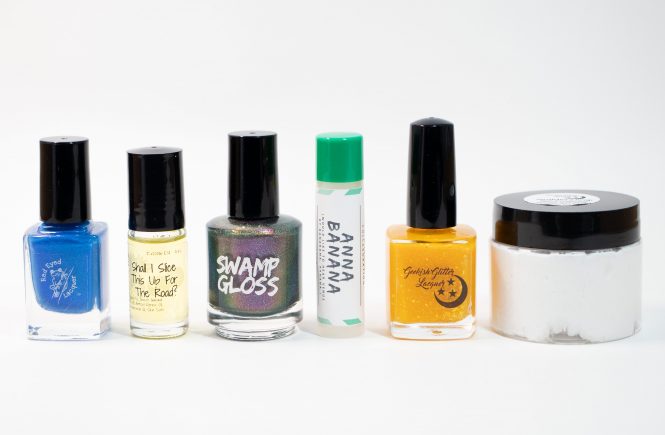 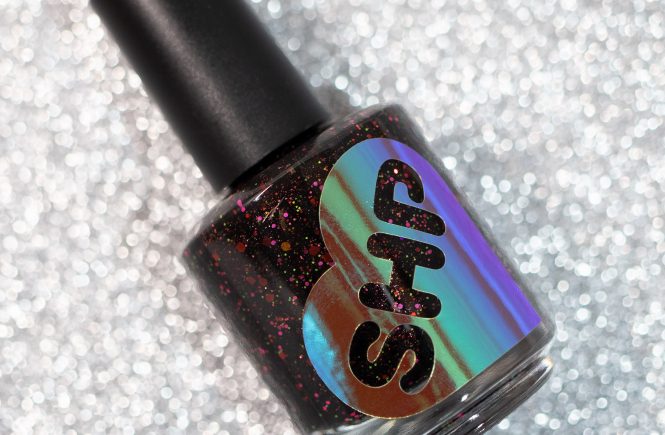 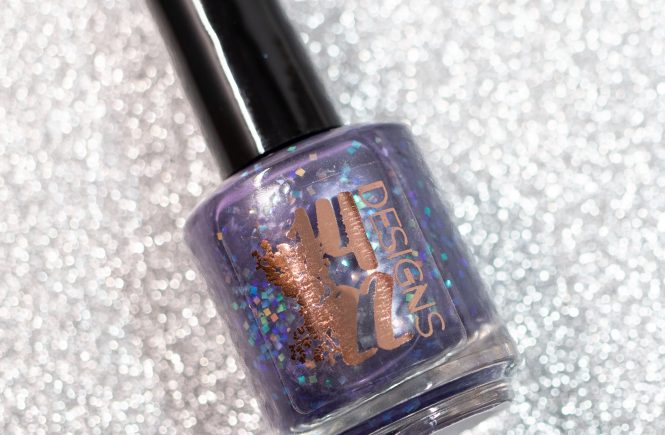 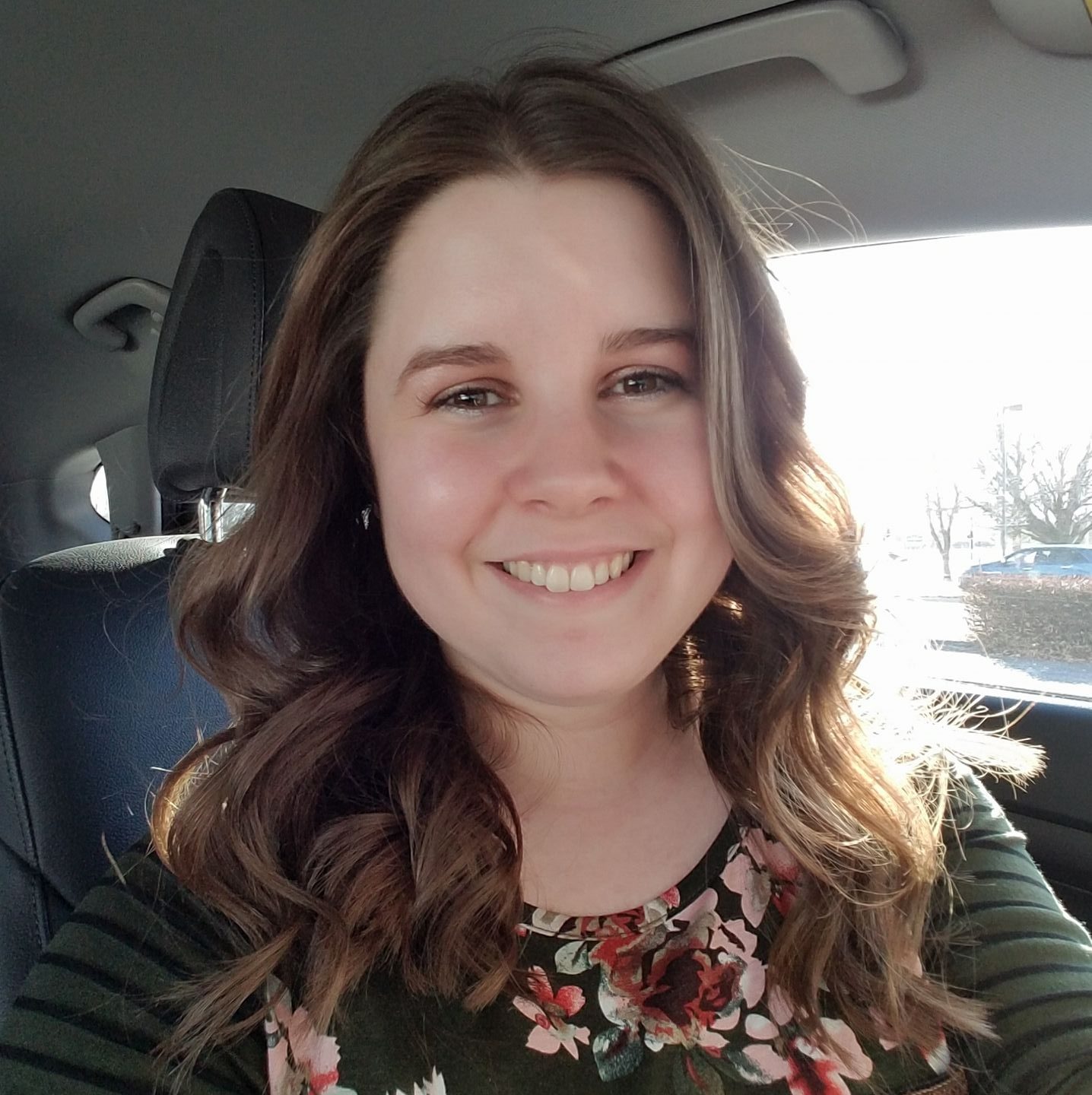 I love nail polish and anything Nintendo, and I have a little bit too much of both! Join me on my nail art journey as I attempt to blog my way through it.

PR SAMPLE This month's @hellahandmadecreations @b

PR SAMPLE Inspired by and named after a {Dragon W

PR SAMPLE Available tomorrow! This is actually my

PR SAMPLE Did someone say party?! @bcblacquers is

If you enjoyed my blog and would like to donate it is always appreciated but never required! <3